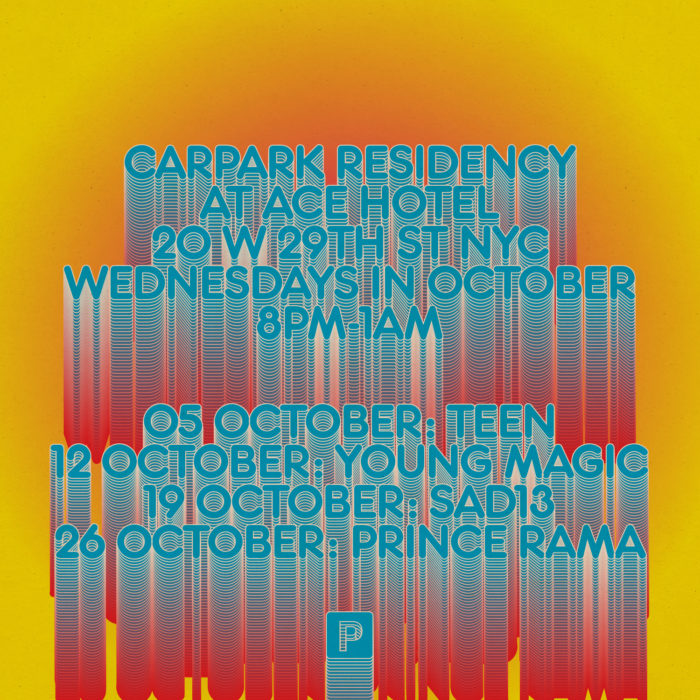 We’ve teamed up with Ace Hotel New York for an October residency! Swing by on Wednesday evenings to catch DJ sets from some of your favorite Carpark artists. More info can be found here.