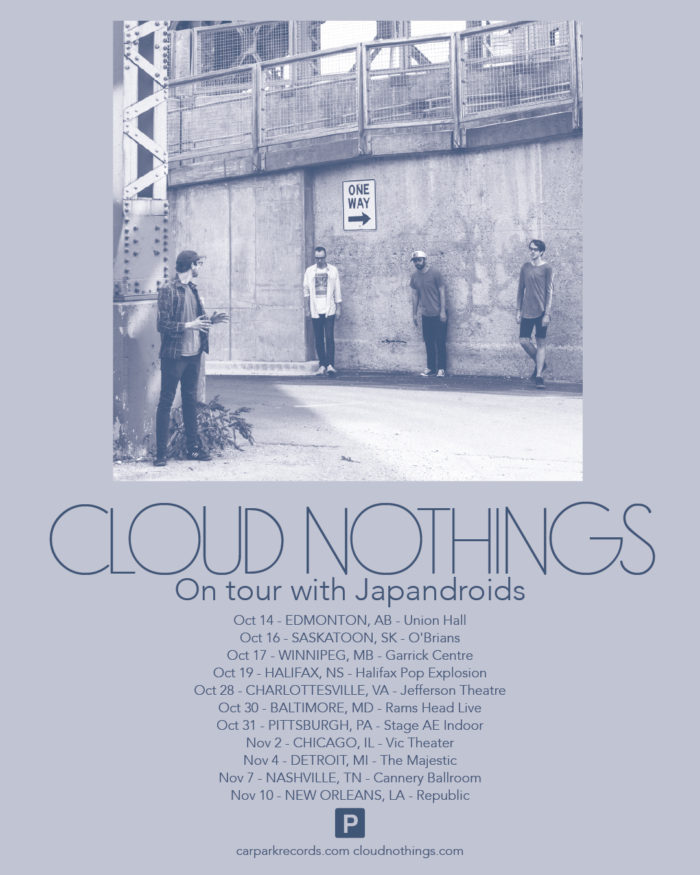 Just announced! Cloud Nothings & Japandroids are hitting the road together this October. Tickets are on sale this Friday. In the meantime, catch them at a show this summer.