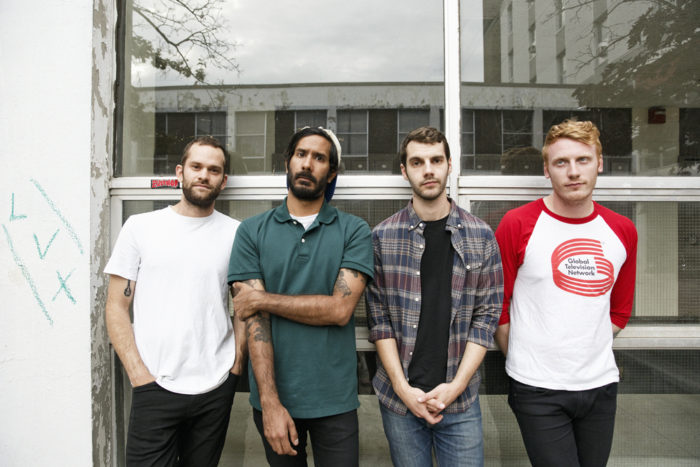 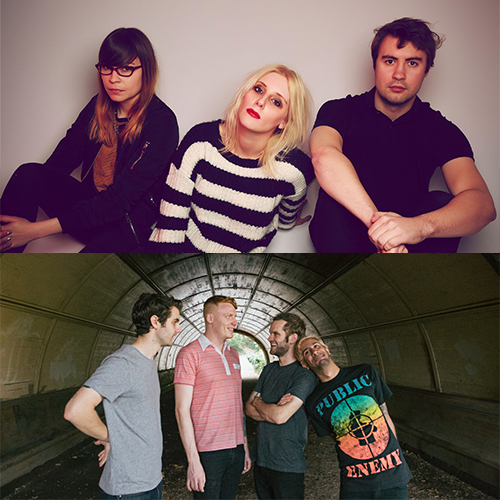 Very excited to announce that Greys will be joining White Lung on their North American tour later this summer. Tickets are on sale now. 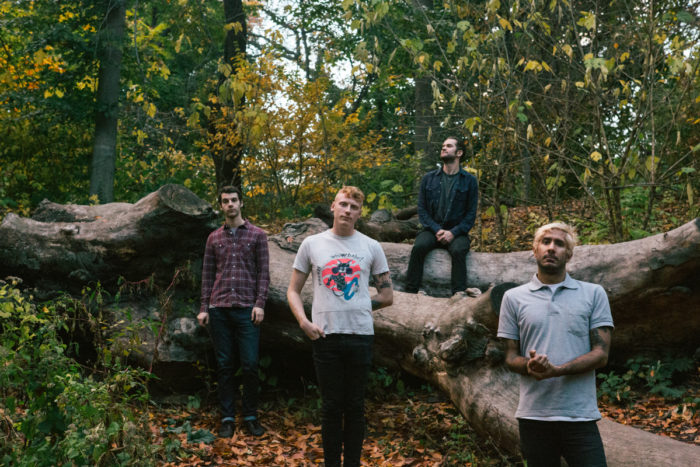 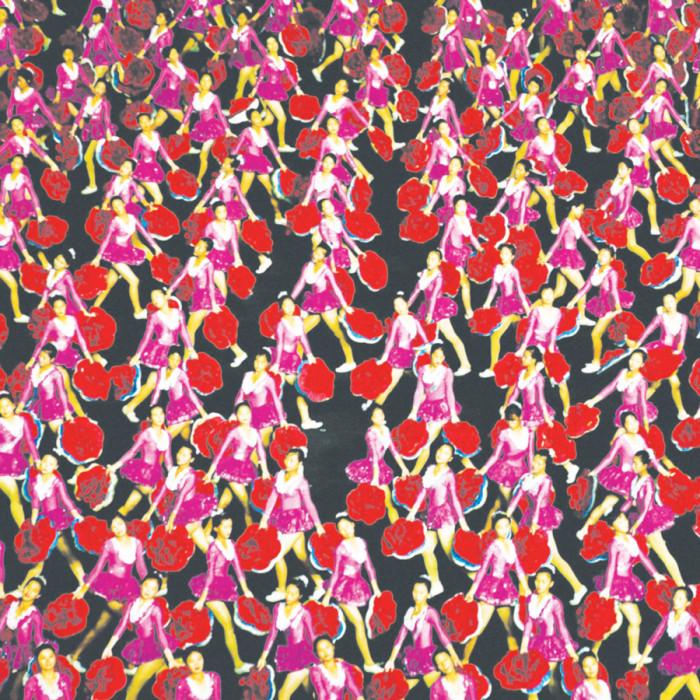 The record is officially out today! Pick up a copy on the Carpark shop, iTunes or in a record store near you. The album is also streaming via Spotify and Apple Music. Stop by select retail stores and receive a limited edition Greys postcard with the purchase of Outer Heaven, while supplies last. 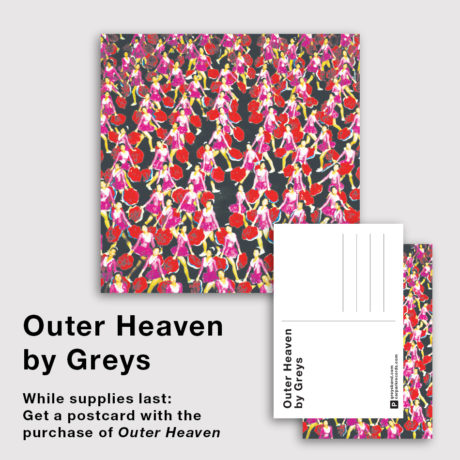 Catch the band on tour:

Excited about the new Greys record? Head over to SPIN and stream the album in its entirety. The record is officially out April 22nd. Only a week left to pre-order your copy from the Carpark shop or iTunes. 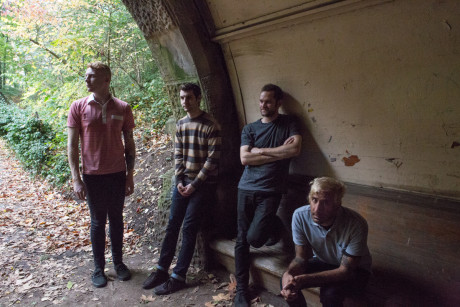 + + Find out the inspiration behind the lyrics as frontman Shehzaad Jiwani breaks it down track-by-track:
1. Cruelty
On the way to practice one day, Colin [Gillespie, bassist] read us an article about a group of teenagers in Florida who lured their classmate into the woods under the pretense of wanting to be his friend, and then attacked him with a machete. They then buried his still breathing body, and two of the attackers proceeded to have sex on the makeshift grave. The story was shocking and horrific to hear, and the extent to which people could be so monstrous, the cruelty that someone could inflict on another human being, was made even more terrifying by their young age. The lyrics touch on that violent loss of innocence and are meant to be juxtaposed with the tranquil vibe of the song. Morbid, right? Bet you’re stoked to keep reading. Fun fact: This song was recorded entirely live with no overdubs.

2.. No Star
I never really saw myself as different until fairly recently. I always treated my ethnicity as sort of a non-issue. I thought that if I don’t draw attention to it, and if I blend in with a crowd, I won’t be seen as different. Not that I was ashamed, but I never wanted to be seen as some sort of “other” solely based on the color of my skin. Only over the past few years did I become acutely aware of just how much my skin tone means not to me but to the rest of the world. When you realize that people on billboards, on TV, in movies, and in magazines don’t look like you, it starts to inform other aspects of your life. And then something like the tragedy in Paris happens, and you see people’s reactions to that… and you suddenly need to address the way you look, as much for your own sake as for other people’s. Your voice needs to be heard, because that is the only way people can learn – by listening to you. Fun fact: I always thought this song kind of sounded like “Cryptograms” by Deerhunter.

3. If It’s All The Same To You
My best friend Holly often talks to me about how there are only ever going to be a relatively small ratio of people who see and think about things the way I do, or anyone else does. We are all islands, so to speak. The older you get, the more difficult it seems to be to relate to people on a wider scale. Everyone has a specific idea of what is right and what is wrong, and their ideal versions of themselves, that only becomes more specific as we get older. None of these perspectives are necessarily incorrect. That’s what the song tries to get across — “We’re all who we want to be, and that’s alright. It doesn’t matter.” The idea that you don’t fit in with everybody is totally fine, in a way. Maybe we aren’t all supposed to fit in. Fun fact: We wanted this song to sound like “Setting Sun” by the Chemical Brothers but it ended up sounding more like “Let Forever Be.” Both good!

4. Blown Out
People who have never experienced any sort of struggle with their own mental health have a hard time understanding and empathizing with those that do on a regular basis. This is a daunting obstacle to overcome in the context of a romantic relationship. It’s difficult to communicate this to a person with no contextual understanding of what it means to be depressed, or anxious, or any number of things. It’s also hard to not scare them away, hence the “I don’t want to jade you” line — I don’t want to ruin what we have, but I also need you to get on my level. Fun fact: This song was written at the Airbnb we stayed at while recording in Montreal (or the “Incubus Mansion,” as it became known) while the guys cooked dinner the night before we tracked it, and the performance on the album is the first time we ever played the song, as evidenced by the excitement of the two dorks at the end.

5. Erosion
I tend to shy away from “breakup songs,” but this seemed like an appropriate theme given the vibe of the music. It’s about when two people who love each other reach an insurmountable impasse and, despite their best efforts, start to check out mentally and emotionally, leading to the prolonged deterioration (or “erosion,” right, guys?) of their relationship. Love is pain, kids! Fun fact: The “I was dreaming…” melody at the end of the tune is a nod to “Emotional Rescue” by the Rolling Stones, for some reason.

6. Complaint Rock
This was written as a total Kim Gordon, “Swimsuit Issue” sort of thing. The lyrics are poking fun at the way people seem to want a gold star just for showing up with an opinion on their social media soapboxes, or alternately wanting to be congratulated for being “over it,” but also poking fun at the very idea of poking fun at it, because we are all guilty of all those things. No one is safe! Fun fact: The “My life’s a f**king Green Day song!” line is probably my favorite lyric I’ve ever written.

7. In For A Penny
This was inspired by the Adam Curtis documentary, “Century Of The Self,” which explores how Sigmund Freud’s nephew, Edward Bernays, known as the father of “public relations,” effectively created the idea that a consumer could want a product rather than simply need it. The lyrics themselves are sort of an abstraction based on that idea, and people’s perception of themselves based on validation from others. Fun fact: Producer Mike Rocha tried (unsuccessfully) to bury the sleigh bells in the mix. Not on our watch!

8. Strange World
I was playing around with the idea of a Twilight Zone-esque scenario where two people get transported to some alternate Earth and “everything’s changed but everyone’s the same,” which is a fairly obvious metaphor for feeling displaced within your everyday surroundings, like you are the only sane person in an otherwise insane world, or vice versa. You get that feeling when you go out after staying inside for a long time, or after coming home from a long tour. Is it me or is it them? Probably both. Fun fact: Kinda wanted this to sound like something off Talk Talk’s Spirit Of Eden or Scott Walker’s Scott 4, which it totally doesn’t, but at least we tried.

9. Sorcerer
Named it after the William Friedkin movie. Song has nothing to do with that, though. It’s about how someone can be a psychic vampire to those around them, particularly loved ones, sort of preying on the goodwill of those around you to make yourself feel better and them worse. Nasty habit, really. Has a bit of a “stare into the abyss…” thing going on lyrically. Musically, this started off as our attempt at a Portishead song, which might be apparent with the eerie string machine bits, but became its own thing. This is going to be tremendously difficult to play live! Fun fact: Both Braeden [Craig] and myself play drums on this song.

10. My Life As A Cloud
Another sci-fi type thing about the theory of “singularity,” that we will all eschew our corporeal bodies and upload our “souls” into some sort of cloud storage hive mind, becoming one collective consciousness with no individuality. Seeing this as an inevitability gives technological acceleration an almost religious connotation, thus the “acceleration is salvation” line. You can imagine a post-apocalyptic cult-like group worshipping some sort of supercomputer who will upload their souls like some digital rapture something or other. Feel good summer hit! Fun fact: Mike from Fake Palms, Robyn from Vallens, and Josh and Jesse from Beliefs sing on this song.