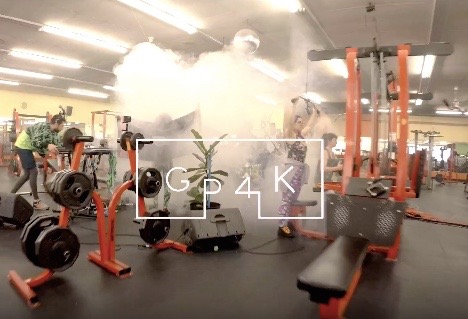 Prince Rama teamed up with Pitchfork & GoPro to create a wacky fitness video for their track “Bahia.”
View the it here via PitchforkTV.

“On January 27, 2016 Brooklyn based band Prince Rama performed the track “Bahia” from their upcoming album Xtreme Now at Otom Gym in Greenpoint, Brooklyn. Directed and edited by Jim Larson, the video showcases the band’s energetic live show while contortionist Amazing Amy and a group of Xtreme health nuts get ripped. Using GoPros on zip lines, gimbals, mic mounts and chest mounts Larson’s goal was to capture the performance from the perspective of someone getting in a good sweat while Prince Rama play live.”