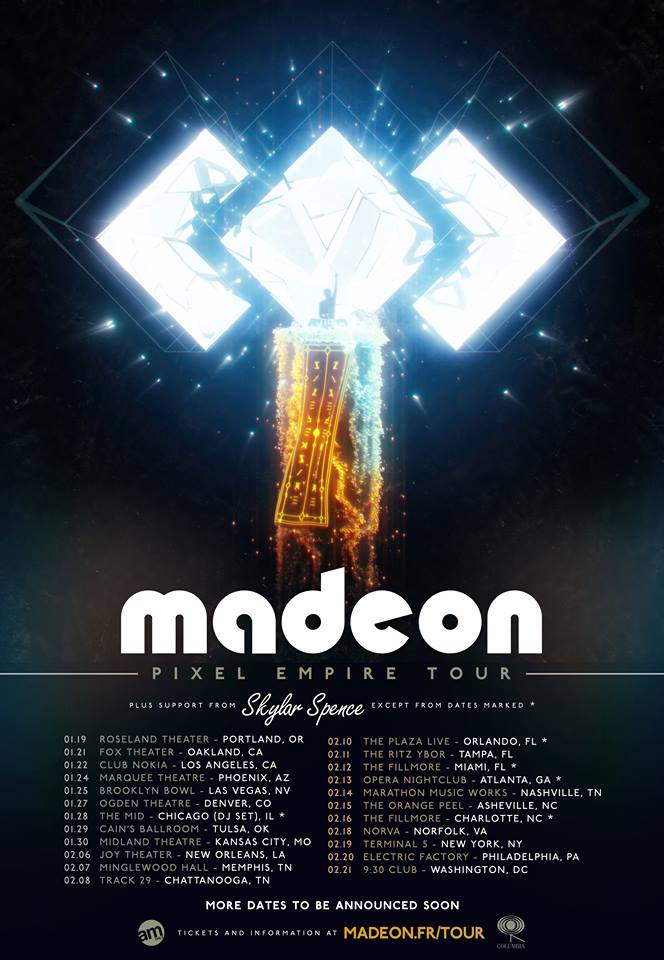 Skylar Spence is kicking of 2016 with a huge North American tour in support of Madeon. Tickets are on sale this Friday, November 20th. Dates and ticket links here.