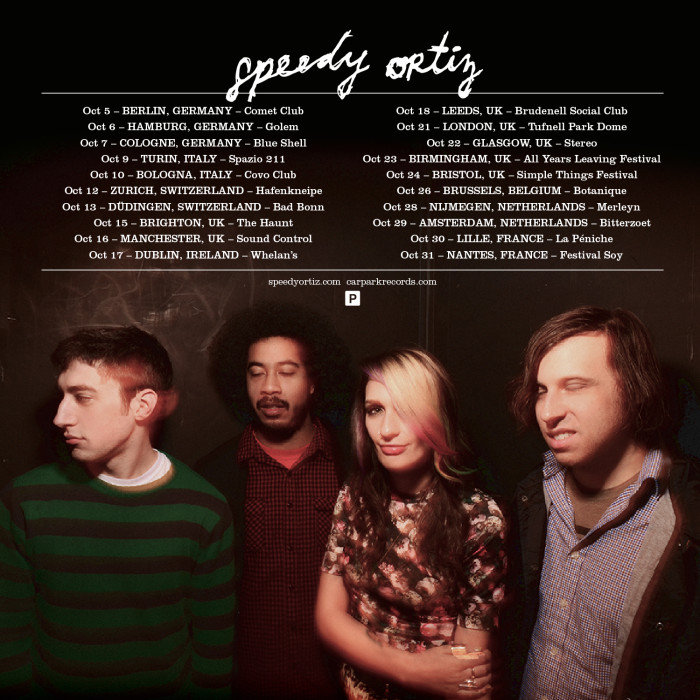 Speedy Ortiz continue their route on tour! In order to make things more enjoyable for everyone, the band has created a help hotline for you to text if you’re ever feeling unsafe or being harassed at one of their shows. Text your name & location in the venue to: (574) 404-SAFE 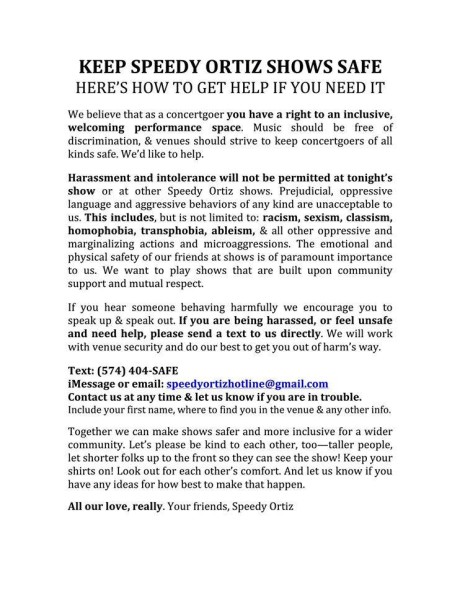