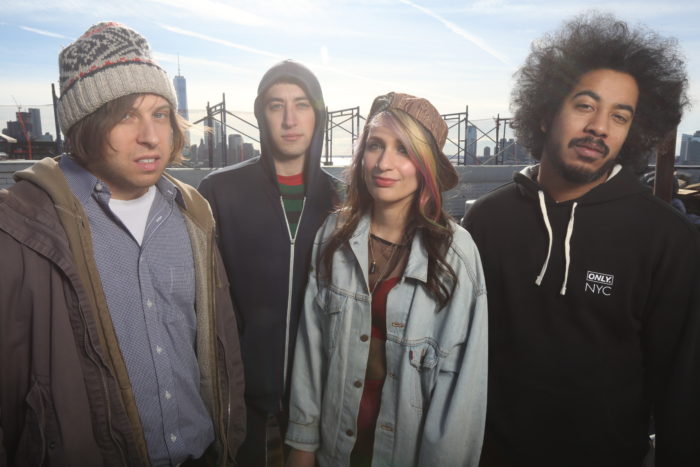 Speedy Ortiz shared the second single from their forthcoming EP Foiled Again. The track is the first of two remixes of their previously released “Puffer” which features Lizzo & Doomtree’s Lazerbeak. Stream it now via Earmilk.

Sadie Dupuis on the track: “I was really into the album Lizzobangers, so we hit up Lizzo and Lazerbeak about collaborating in some way, even though we hadn’t met IRL. After this remix was in the works, Speedy toured with Doomtree (who taught Mike [Speedy’s drummer] how to shotgun a beer), and Lizzo and I wrote and recorded the song ‘Basement Queens’ together in December. So in a way this remix was the catalyst for that tour as well as the song.”

Foiled Again is out June 3rd. Pre-orders are available now in the Carpark shop and iTunes.