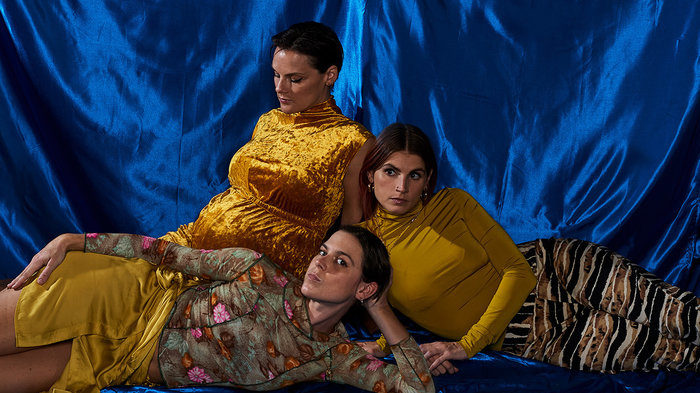 “As a band that defines itself through constant searching, TEEN sounds most stirring when coupling upbeat and elated sounds with such unflinching honesty. For all its yearning and heartache, Good Fruit lands on a self-actualizing message about working through personal pain and coming out stronger on the other side.”

Only a few more days to pre-order the album! Pick up a tangerine-marble LP or CD from the shop. First three singles are also streaming on all of your favorite services.

The Lieberson sisters also shared their third music video to help shape the vision of the album. Watch “Pretend” here.