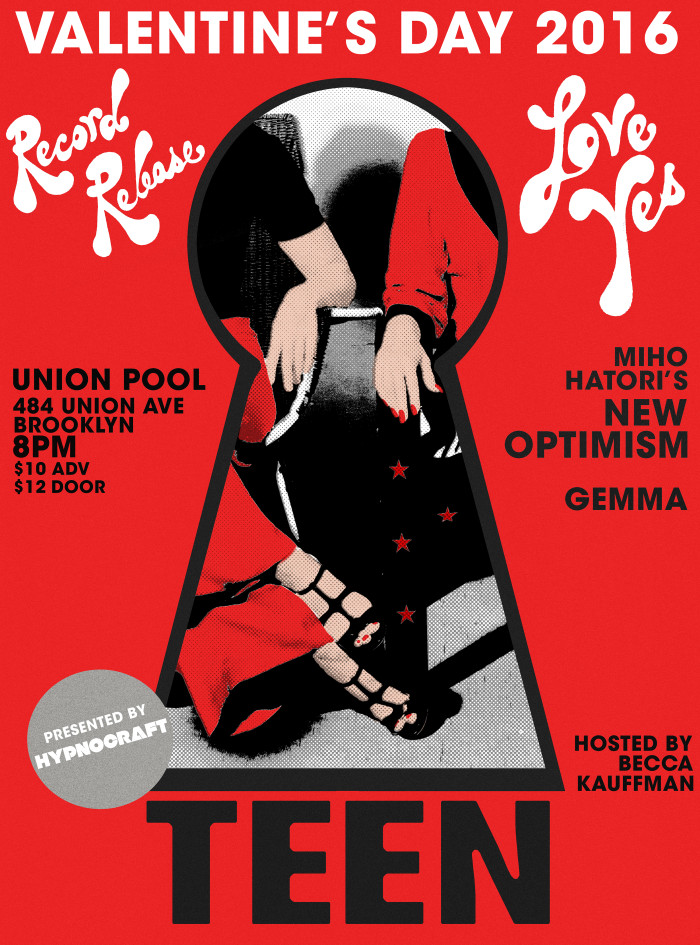 In honor of their forthcoming album, Love Yes, TEEN is throwing a record release party. Come celebrate your Valentine’s Day with the band at Union Pool in Brooklyn. Tickets are on sale now.

Pre-orders are available now on the Carpark shop & iTunes.