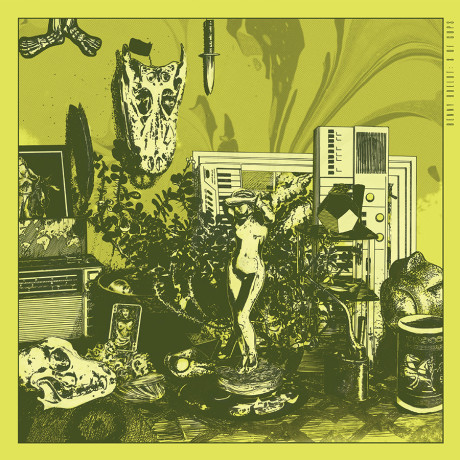 8 of Cups is the beginning of a new chapter for Benny Boeldt, the Baltimore artist also known as Adventure. It’s the first record under Boeldt’s own name after releasing three albums as Adventure on Carpark Records. 8 of Cups veers from wacky to beautiful to chaotic; using gorgeous melodies, hyperactive noise, and off-the-wall samples. The title is a reference to the tarot card, which Boeldt found to be an accurate representation of his life as he made the album. The 8 of cups card embodies the start of a new journey, a transition, growing apart, and accepting one’s faults to move on.

The foundation of this strange, gorgeous, other-worldly record is made of VHS tapes. Boeldt began 8 of Cups by culling through tapes of anime, horror, sci-fi, even instructional videos, and collecting hundreds of samples; then arranging them on a digital sampler. Songs like the stuttering “Have A Pizza” and “Valley Amnesia,” with its lovely piano, got their start here. Boeldt began composing via MIDI and altering the samples through various hardware filters, effects, amps, and microphones in his Baltimore studio. With Baltimore artist Sydney Spann’s (aka Sunatirene) contribution to “Phone Call,” the process was almost like the lost-in-translation game of the same name. Using a small part of Spann’s vocal take, Boeldt pitched each sound into a new note, making her voice almost unrecognizable. For Boeldt, the process of making 8 of Cups felt similar to drawing or creating a collage. Working toward an amorphous image in his mind, the result is something unexpected but welcome. 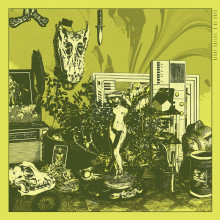