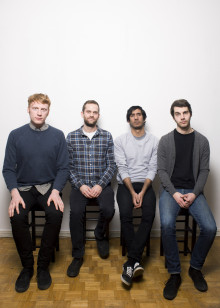 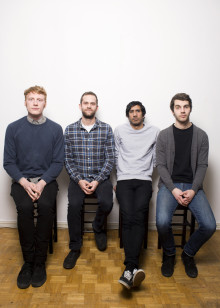 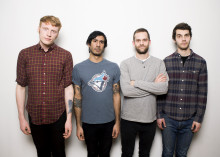 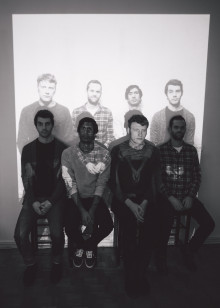 If Anything, the first full-length by Greys, is the young quartet’s own warped update of vintage post-punk; frenetic guitars running against walls of noise, held together by sharp strands of melody. Emerging from the vibrant Toronto punk scene, Greys are economical in their swift punches of noise, anchoring short bursts of mania with huge choruses. “Each song exists in its own space and represents different aspects of the things we like about noisy, dissonant music,” says singer/guitarist Shehzaad Jiwani. “But instead of being built solely around riffs, they were built with hooks in mind, too.”

The 35-minute LP pulses with a manic urgency, as drummer Braeden Craig and bassist Colin Gillespie’s syncopated rhythms punctuate guitarist Cam Graham’s smothering dissonance. Through exasperated shouts, Jiwani lets loose the fury that splits open his songwriting. “The lyrics went from outward frustration to inward,” he says. “A lot of it takes place from within my own head.” Swinging between hard-driving punk and ‘90s indie riffing, the respites on If Anything only underscore Greys’ brute force and anthemic inclinations.

Written over the summer of 2013 and recorded in ten days at Toronto’s Candle Recording studio, If Anything is a fulfilling aftershock of noise rock, immediately arresting and bursting with confidence.