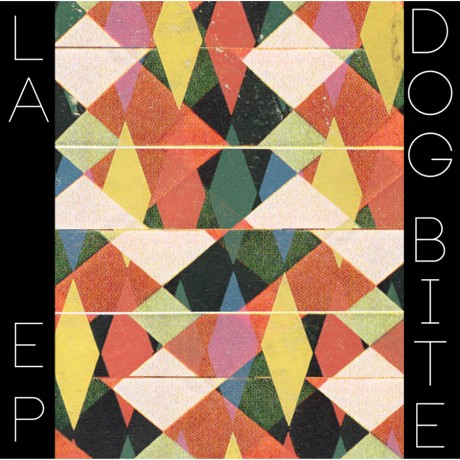 Earlier this year, Atlanta’s Dog Bite found themselves with downtime in Los Angeles between a successful tour with labelmates Toro Y Moi and shows at SXSW in Austin. The four-piece that makes up the touring group started messing around with different sounds and came up with their first full-band release, the LA EP. This document of the road-tested crew is a stunning sequel to Velvet Changes, the band’s debut LP, which showcased the talents of singer-songwriter Phil Jones and bassist Woody Shortridge.

The LA EP begins with “Warm, Wake Up,” a song that captures the bliss of a sunny day in the palm tree-dotted landscape and the romantic intrigue of Hollywood’s studio lots. Motoring back down that winding road, we hear “Hunting Seasons” where mid-20th century boogie haunts the track’s guitars as the reverberating beat floats us back up to the clouds.

A feeling of melancholia drifts throughout the EP’s songs. But the saddest part about this collection is its 13-minute length. It flies by like a short vacation or a cool breeze. But much more than sorrow for its passing, the LA EP inspires excitement for the next gust of wind.