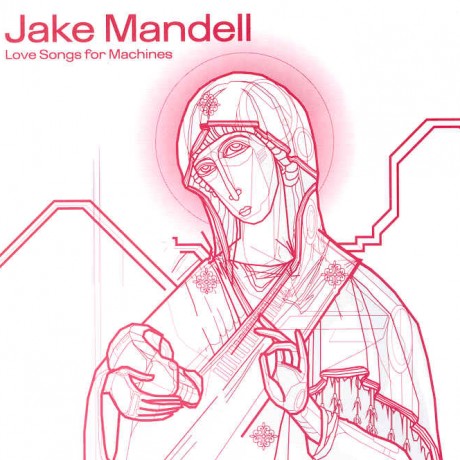 Running the risk of alienating himself from his friends and his fans, Jake Mandell has confessed; confessed his previously repressed true love for computers and machines. We told him there was nothing to be ashamed about. He’s just glad to get it out of his system.

Fortunate for all of us, Jake has gotten it out of his system in the form of a beautiful new album Love Songs for Machines. Once set in motion, these songs express what words cannot: the ineffable sensations accorded to desire and attachment. Much has been said about the dehumanizing aspects of computer technology. Jake Mandell revises these luddite notions and claims the computer as the 20th century humanizer par excellence.

Love Songs for Machines leaves no computer music movement untouched. From the poppy new waveness of New Order and early Human League, to the unique timbres and rhythms that can only be achieved with late 20th century computer software, Love Songs for Machines brings the last 50 years of computer music history together into one very bold emotional statement. Your head will scratch and your legs will dance.

2. The Prince And The Palm

3. The Surf And The Circus

5. From The Chestnut Parapet

10. The Princess Speaks Of Love