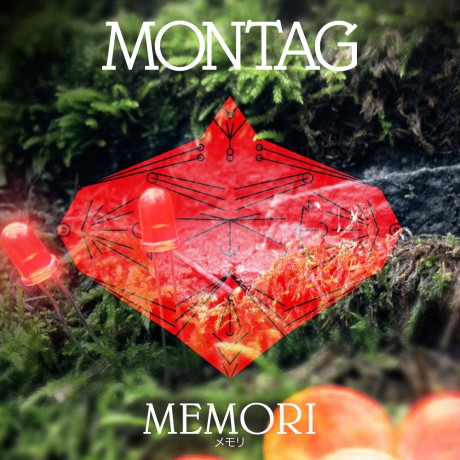 “Memori” is Phase 10 of Montag’s (aka Antoine Bédard) 12 month digital single series and features a collaboration with long time friend Erika Spring of Au Revoir Simone. Their friendship stretches back to 2005 and in 2007 they collaborated on a track titled “No One Else”. Montag has also remixed a number of ARS tracks. Sharing a love for “keyboards and nostalgia”, they were eager to work together again and Phases provided the perfect opportunity. The seed for “Memori” came from a series of chords Erika shared with Montag and from there blossomed into a whole song very quickly. In fact, it grew into two songs. Lyrically Montag shares he, “wanted a song about traveling the world, feeling invincible, about being in different places at once.” Although Montag set out to make a “danceable” and “summery” single the resulting tracks are far more melancholic and pop based. James Bay (aka Simon Tremblay) who previously collaborated with Montag on Phase 7 “True Love” helped produce the more upbeat a-side. The darker, minimal b-side “Memori Encore,” focuses on the drums and explores different emotional terrain.