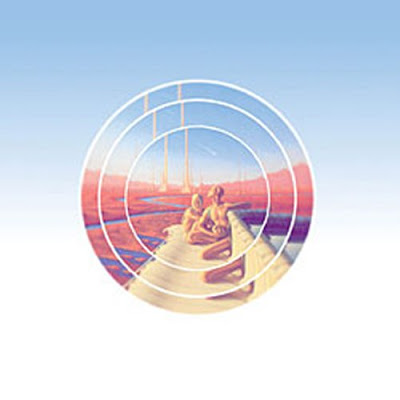 The year was 2021. Marumari placed the CD into the player and closed his eyes. The music swelled, infusing the space chamber with energy. Using the projection technique Prince Geode had taught him earlier, the ageless space traveler began his astral ascent into the green galaxy and was on his final journey to the host planet.

Agralope wasn’t what he had expected the planet to be on his first visit years earlier, but its inhabitants were friendly and warmed up to the strange earthling right away. To Marumari they were odd: odd looking with golden eyes set into flat red faces, no nose, mouth or ears; just shining golden eyes against slick red skin. They lived in cocoon-like dwellings bored into the planet’s crusty red surface and emerged at night to farm the ultraviolet oceans by the light of the planet’s two moons. Marumari had learned a lot from these peaceful aliens. Now was the time for him to bring this knowledge back to Earth, his home that had been ravaged by war and destruction for decades. Maybe with the Agro people’s help he could save his planet…….

Carpark is pleased to present the 4th full length recording from Marumari (his 3rd for Carpark) entitled Supermogadon. The continuing effects of interstellar space travel combined with extended stays in New England have created even more new musical building blocks for our young space traveler to work with. Dare we call Supermogadon more “mature” even though Marumari is ageless? Our boy has taken elements of smooth jazz, 80s alternative rock, and 70s american radio hits and given them a more playful digital interpretation. Sadly for marketing departments around the world, this is dance music that fits no currently existing dance genre. We can’t wait to see what people start calling it.

7. Way In The Middle Of The Air

11. Put Me In The Habitrail