Montag There Is a Voice 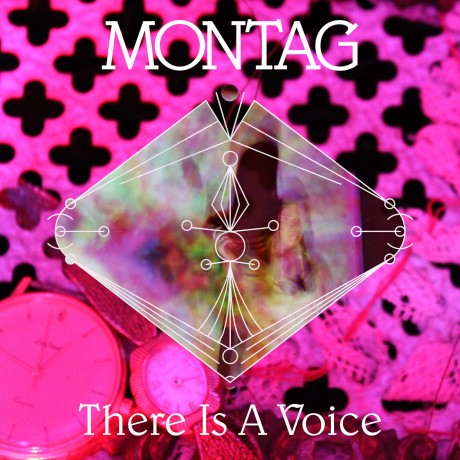 The sixth phase of the Montag’s twelve-month project brings us ‘There Is A Voice’; a tribute to friend and mentor Trish Keenan of Broadcast who encouraged Montag to make music.  “The lyrics were inspired by emails that Trish sent me about two years ago now. One of them was describing a huge winter storm that happened in the UK. She was describing how the canal right by their home was all transformed, frozen, and that everything looked ‘quite alien’. But I also wanted to make the song about Trish’s voice, that voice that was present so often in my life. It had to be about her voice. “  In mood and texture ‘There Is A Voice’ is unmistakably reminiscent of Broadcast with vocals reverbed by the Roland Space Echo and 60s electronic samples, and really serves as a tribute to the music of Broadcast as much as it is to Trish’s voice.

The B-side, “Le Pavillon De La France”, came about as Montag had been working on an iPhone application that would serve as a guided tour of the site of Expo 67 in Montreal.  He was asked to write original music for the project and asked James Cargill to collaborate on a few tracks. The music intended to be a sound portrait of some of the pavilions still on the site today. Ninety pavilions were built representing countries from all over. The French Pavillion is now a casino which Montag feels is “a shame really because the building has a unique architecture. But the music was written so that we can really feel the language of the building’s architecture.” James’ “spaced-out arpeggios” are meant to represent the “spinning movement” that its metallic structure creates.