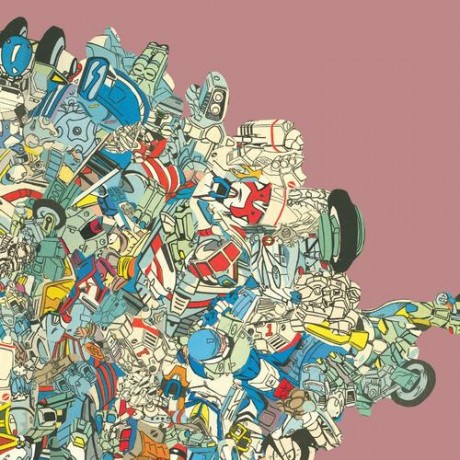 WZT Hearts. It’s pronounced “Wet Hearts” but spelled “WZT Hearts.” Got it? Maybe it’s something in the Baltimore city water, maybe it looks good on paper. Whatever the reason, when these guys perform they harness sonic energy like nobody’s business.

“Threads Rope Spell Making Your Bones” is WZT Hearts’ second full length of improvised electronic psych-rock. In preparing the album, the band recorded hours of music and whittled it down to present you with the crème de la crème. At times reminiscent of the digital sparkle of European sound sculptors like Fennesz, but also harking back to the energy of Krautrock and its psychedelic progeny, WZT Hearts have created their own unique sound that blends the organic and synthetic, digital and analog, difficult and easy, and other musical dichotomies yet to be defined.