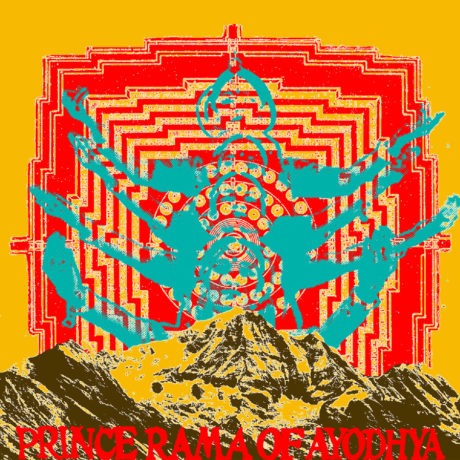 Threshold Dances is one of those rare diamond in the roughs you would expect to find in an unmarked bin of some cosmic record store, dusty yet pulsating with all the energy, mystery, violence and celebration of something truly new being born. The songs are dizzyingly cinematic yet tender and devotional in nature, each one a rich lo-fi sonic landscape conceived as the labyrinthine score for an imaginary film, utilizing elements of psych-folk, surrealist poetry, sci-fi synths, tribal drums, esoteric chants and found sounds, as well as exploring the shamanic technique of automatic writing. At times, the record sounds like a lost gem from an alternate worldline where the Incredible String Band was fronted by Kate Bush and delirious-fingers tremble unabashedly across that un-self-conscious chasm between William Blake’s Innocence and Experience, or a fractal branch broken off some of the more obscure cult psychedelic folk acts of the late 1960s like The Fool, Trees Community, The Pretty Things or Ramases, yet with an enduring otherworldliness and intrigue all of its own. As the first record released by Prince Rama, Threshold Dances provides the unique blueprint for the band’s kaleidoscopic visionary universe.