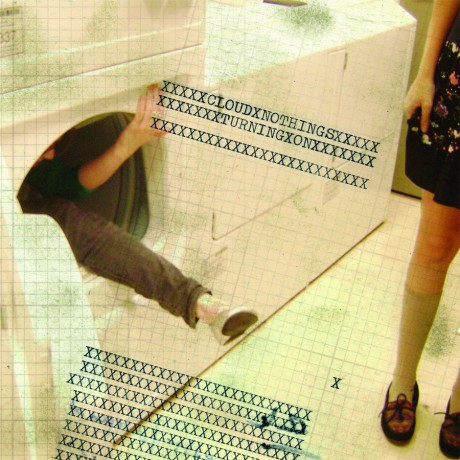 Less than a year into their existence, Cleveland’s Cloud Nothings have made quite an impression. 18 year old Dylan Baldi recorded a handful of taut catchy lo-fi indie rock songs on his computer over the winter. Next thing we know folks are praising his songs with adjectives like “ebullient”, “punchy”, and “insanely catchy”. Over the course of 2010, Cloud Nothings proceeded to release a handful of singles and EPs, mostly in limited vinyl or cdr editions. With Carpark’s release of Turning On, music fans the world over can now hear and enjoy Cloud Nothings without scouring the internet in search of hard-to-find seven inch singles. The incendiary “Turning On” EP, the ultra limited and rollicking Group Tightener seven inch single, and two killer songs from a super-hard-to-find cassette only release are now available in one handy package! These thirteen songs are the perfect introduction to the heavenly world of Cloud Nothings, and an ideal primer for the highly-anticipated full length this winter.