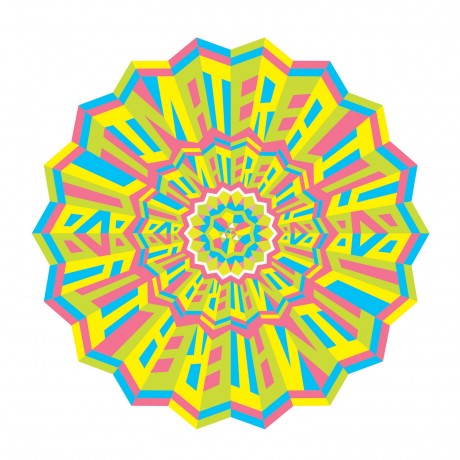 Ultimate Reality is a collaborative performance by Baltimore’s Dan Deacon and Jimmy Joe Roche. It combines an intense musical composition for electronics and drums with a psychedelic montage of Arnold Schwarzenegger films that is projected at a monumental scale. The live energy of the performance has allowed the piece to freely move between art and music venues and grant it a wide audience of appreciation.

The forty minute music composition, written by Dan Deacon, blasts from three sets of loudspeakers during performance. Driving and cinematic, the electronic piece is accompanied by two live drummers who pound a marching rhythm.

The footage was appropriated by Jimmy from Schwarzenegger classics such as Terminator 2 and Total Recall to accompany the composition for Ultimate Reality. Jimmy has transformed the violent struggles of these films into a mesmerizing sequence of fantastic images where popular science fiction icons seep in and out of mirrored layers of kaleidoscopic color.