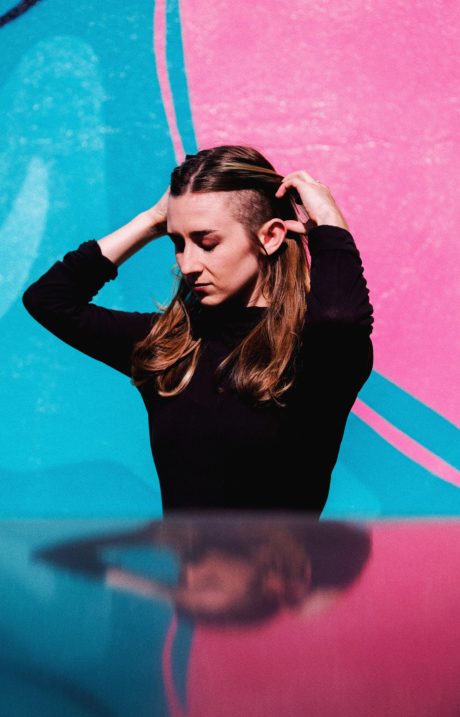 The debut album from Erin Anne, Tough Love is an unruly yet elegant collage of all the elements that make up her musical vocabulary: wildly shredded riffs and lo-fi acoustic ramblings, punk-rock energy and folky austerity, new-wave whimsy and high-flown pop theatrics. With a narrative voice at turns thoughtful and rebellious, confrontational and shy, the L.A.-based singer/songwriter spins her lyrics from such divergent sources as formative queer texts and her own moon-phase-specific dream journal, ultimately presenting a body of work that bravely documents the slow and strange process of becoming yourself.

Co-produced with Alex Rogers (an engineer/multi-instrumentalist known for his work with bands like Family Hahas and Tambourines), Tough Love offers a potent introduction to Erin’s kaleidoscopic musicality and infinitely unpredictable guitar work. In bringing the album to life, the two collaborators drew from an earlier version of Tough Love self-released by Erin in early 2019, re-recording each song with live drums and Rogers’s lavish collection of analog synths. With Erin playing every instrument except drums, Tough Love bears an expansive sonic palette wholly suited to its emotional thrust—a state of mind she encapsulates as “standing in the doorway between presents you’ve grown out of and futures you’re afraid you’re too small for, and using music as the catalyst to take those steps into the unknown.”

On songs like “Bedroom Track (Carrie),” Erin captures that tension with both tender introspection and unbridled drama, building the song around an intricate arrangement showing the depths of her expressive imagination (“I wanted the acoustic guitar to be the drizzle and the synth to be the storm, and the electric guitar to be the thunder and lightning,” she explains). Delivering what she dubs a “personal manifesto about wanting things—a very specifically female/queer kind of wanting,” “Bedroom Track (Carrie)” also illuminates her melodic ingenuity, with Erin transforming a string of sentences lifted from Carrie Brownstein’s 2015 memoir Hunger Makes Me A Modern Girl into the track’s delicately rendered opening lines.

An album charged with restless intensity, Tough Love reaches a glorious peak on its title track, a song initially informed by Erin’s experience in earning her Ph.D. in musicology at UCLA. “Being a woman in academia can be exhausting,” says Erin. “‘Tough Love’ started when I came from a day at seminar when I was trying to make a very simple point and couldn’t get a word out—I was incredibly frustrated, and tried to write a vaguely ’80s, “9 to 5”-style song that would feel good to Jazzercise to.” But as the track took shape, “Tough Love” eventually morphed into a massive anthem, a thrillingly cathartic refusal to let her voice go unheard.

Elsewhere on Tough Love, Erin explores the more fragile corners of her psyche, imbuing a particularly painful vulnerability into “Gaslighter,” the album’s hypnotic centerpiece. “I have this recurring new-moon dream, where my ex-girlfriend breaks into my house and starts berating me,” says Erin. “A lot of ‘Gaslighter’ came straight from my dream journal, and it turned into a dialogue between past trauma and my present, more emotionally evolved self.” With its endlessly clashing textures and lyrics telegraphing the confusion of abuse (“I still don’t know what I did wrong/Can I kill you with a song?”), “Gaslighter” channels the many voices circulating in Erin’s head—an effect that’s simultaneously jarring, mesmerizing, and oddly transcendent.

Throughout Tough Love, Erin reveals the vastness of her interior world, a joyful complexity that finds her referencing Erving Goffman’s 1956 sociological tome The Presentation of Self in Everyday Life and Belinda Carlisle’s classic pop epic “Heaven Is a Place on Earth” with equal admiration. Growing up in New Jersey, Erin got her start in music by taking up violin in third grade, then quickly moved on to guitar, a neon-blue Yahama she broke in by covering blink-182’s “Dammit” in her school’s talent show. By the time she’d reached high school, however, she’d begun playing an acoustic guitar and shifted into quintessential singer/songwriter mode. “I started writing less brash things around that time, partly because I had some idea like ‘Women are quiet; we write quiet songs,’” she recalls.

During her undergrad studies at Bowdoin College, Erin experienced a life-changing revelation upon viewing the Kathleen Hanna documentary The Punk Singer for a course on gender, sexuality, and popular music. “I grew up in New Jersey where everybody played lacrosse and I had very limited access to anything remotely queer, which meant I’d never heard of riot grrrl before,” she says. Not long afterward, Erin formed a riot grrrl band named the Navel Gazers (“a jab at a professor who said I should stop talking about myself so much in my work”), and began performing her own material for the first time. “It was all so new to me, and it was a nice bridge into being able to take more risks,” she notes. After graduating from Bowdoin, Erin moved to Portland, Maine, where she started a solo project called REGI RKT (a nod to a zine-making, feminist, street-hockey-playing character from the Nickelodeon cartoon “Rocket Power”), then put out an EP titled Vulnrubble in 2017. Her first release under her own name, the original version of Tough Love arrived in June 2019, and soon landed her a deal with Carpark Records.

In releasing her newly reimagined take on Tough Love, in all its frenetic grandeur, Erin hopes that the album might leave her audience with a sense of wholeness similar to what she found in its creation—an adventure she describes as “a journey to becoming a more comfortable self.” “I think in a way this record is about coming to terms with the less-than-good things about yourself, and with the parts of your identity that maybe aren’t accepted by everyone else,” says Erin. “I wanted to use all that to create something that encourages reflection but hopefully also makes people feel good—even if it’s the kind of good that hurts at points.” 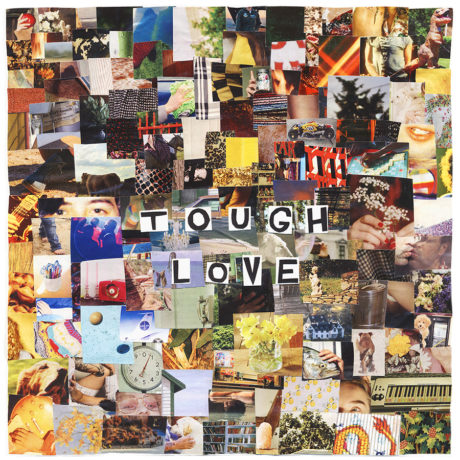