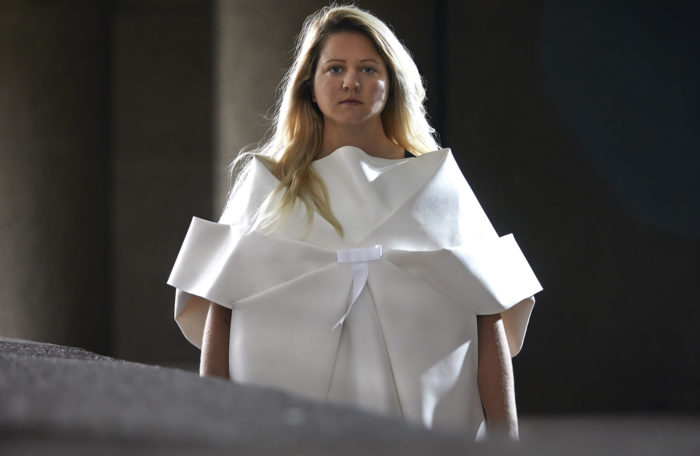 We’re excited to share the official music video for Laumė’s ‘Voyeurs’ via Flood Magazine & directed by Rowan Pierce. This track is from her upcoming lp Waterbirth which will be out on January 17th. 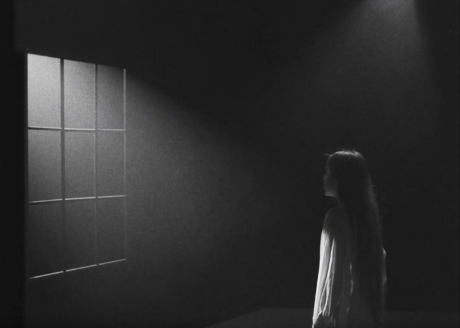 “I wrote this song when I first moved to London around three years ago and was living by myself in one of those council estate buildings. It had been a while since I had experienced high-density living of that magnitude, with everyone living on top of everyone else. I remember looking out the window of the high rise, watching all these people I didn’t know go about their lives. It reminded me of studying Hitchcock’s Rear Window at university, and how in this kind of environment we are living our lives on a stage in front of everyone else, and equally, we are the audience (or voyeurs – a word which I use more broadly rather than specifically sexual, more the French ‘one who sees’) peeking out from our houses. Then I thought about how social media really just provides millions more windows to gawk through.

Not knowing many people in my new city I took to sharing my life over social media so I didn’t have to feel completely alone.  But many of these platforms now show you who or how many people are watching you, many of them complete strangers. It started to make me feel crap seeing how many people treated viewing as pure entertainment rather than wanting to interact and have a real human connection. I felt like I’d become a tv series for them to binge; an escape from their lives. I was craving connection and rarely got it. To expand the Hitchcock analogy, I thought of Norman Bates peering through the wall watching, one-way viewing only, non-reciprocal; the way it is for many content creators. Only we know we are doing it.

Then I realised it’s more like those vampire stories; you actually have to invite them in. But it’s all so alluring, it’s hard not to be sucked in. Social media is the charming, yet life-sucking vampire of our age. The algorithm is the narcissist; who doesn’t care about our livelihoods, but they’ll make damn sure we are dependant on them for it. So I suppose Voyeurs asks the question, how far do we want to go?

So the video uses elements inspired by these foundational ideas to create a reflective piece on both social life and contrasting anti-social tendencies – something Rowan has done a wonderful job of capturing.” – Laumė