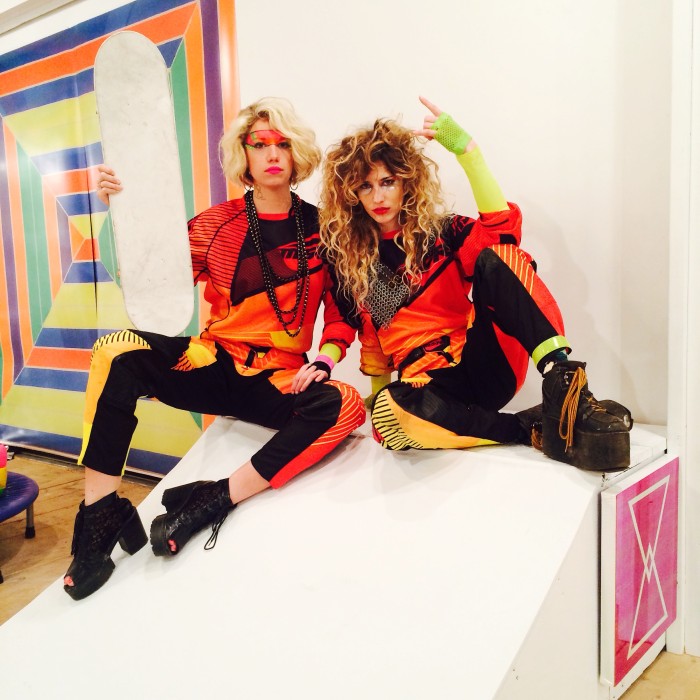 Prince Rama just shared their latest music video for “Now Is The Time Of Emotion,” taken from their new album Xtreme Now. Check it out via The Fader. Video directed by Matt Hoffman and Taraka Larson.

“We basically wanted to make a video where we could do all the taboo things we’ve always wanted to do in a museum but are never allowed to. So we broke into a modern art museum and incited gangs of skateboarders, motorcyclists, fencers, small children, and crazed-townspeople to ransack its contents, destroying the artwork in bizarrely surreal manners…” — Taraka Larson

The Brooklyn duo is finishing up their last few dates in the states before heading overseas in May. Snag your tickets here.