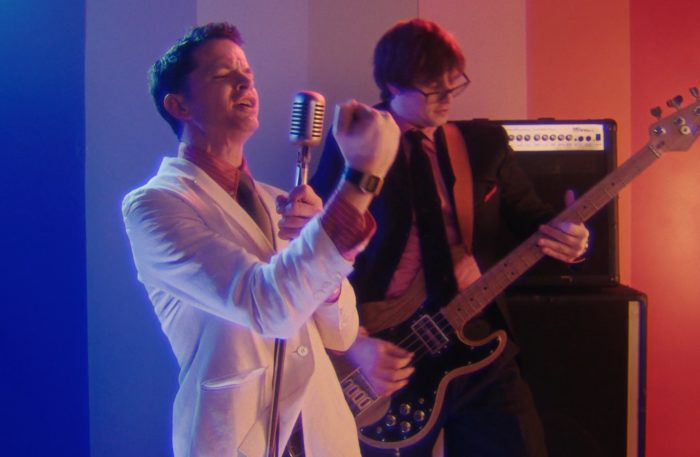 Watch Ed Schrader’s Music Beat give the performance of a lifetime in their new video for “Riddles.” The video features Dan Deacon + a bunch of other Baltimore friends, check it out via Stereogum.

“Riddles” was directed by Jay Buim. “On another timeline, in another iteration of this planet, Ed is bigger than Frank Sinatra. With this video, I tried to bring that world closer into view.”

This is the title track from the duo’s new album, available now on the Carpark shop and all streaming services.