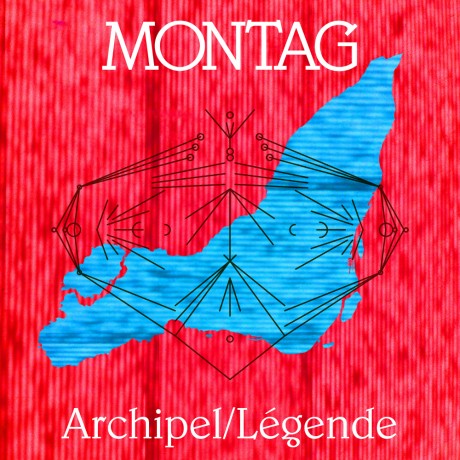 While working on Phase 11 last month, Montag was asked by a friend to assist in teaching a theater class at the National Theatre School of Canada in Montreal. The class project, titled Achipelegos, involved students creating an island where they had one prop, one light source, and had to incorporate a personal experience combined with a myth or legend to tell a story. Montag’s role was to teach students how to create sound cues in their performances from music they had a personal connection to.  His teaching experience and relationship with the students had a profound impact on him and more than inspired Phase 11. The lyrics on “Archipel / Légende “ are of Montag speaking directly to the students themselves and alternate between French and English reflecting the separation of French and English programs of the school.  Musically Montag aimed for a new wave track but the result is decidedly in the vein of synthpop which suits the lyrical content perfectly.

The b-side is a remix by French duo Trésors who Montag had previously remixed. Trésors describe their sound “deliver(ing) a synthetic and melancoly-driven music, fragile even, on the verge of dance and inspired by dark and retro images” which is very much at play with their remix of Phase 10 single “Memori” featuring Erika Spring.

After four years spent busying himself with various other musical projects, Antoine Bédard AKA Montag has turned his attention back to his own unique brand of dreamy, ambient electronic.  Eschewing the traditional album format, Montag has conceived Phases: a new single released via Carpark records at the end of each and every month in 2012, each with its own distinct sonic and visual world, each to be devoured away from the context of a parent album.