Marumari Ballad Of The Round Ball 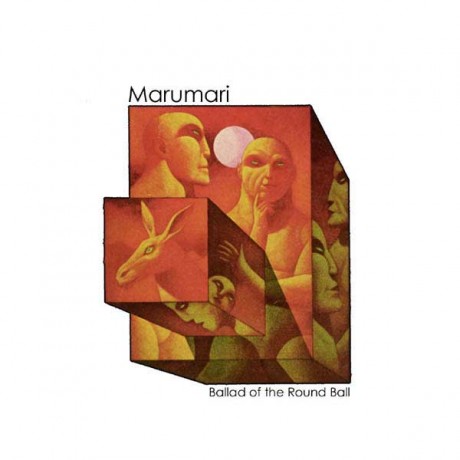 BALLAD OF THE ROUND BALL formed in the 2000th year of the new history. All the cultures and races of the universe were now in alliance, and interstellar travel and trade resulted. Ships flew freely from one planet to another, and all seemed well among the galaxies…
…then Marumari arrived.

Originally from the planet Earth before emigrating to Zebes, Marumari’s career began as a young man reading Omni magazine in upstate New York. From there, he acquired the scientific skills of a certified space hunter and hence initiated his travels throughout the galaxy. Upon coming into contact with the musical people of Chozo, Marumari realized that his future lay in communicating the sounds he often heard in his head as a young man while riding his bike up to the local Dairy Queen. From that point, Marumari took leave of his position in the space hunters and purchased a small villa in the remote planet of Tourian. Here he began his journey as messenger of the future. The first product of these sessions has been transmitted back to Marumari’s home planet Earth and has been named Ballad of the Round Ball. Interceptors have called the sounds “electronic pop music.”