The Beths Future Me Hates Me 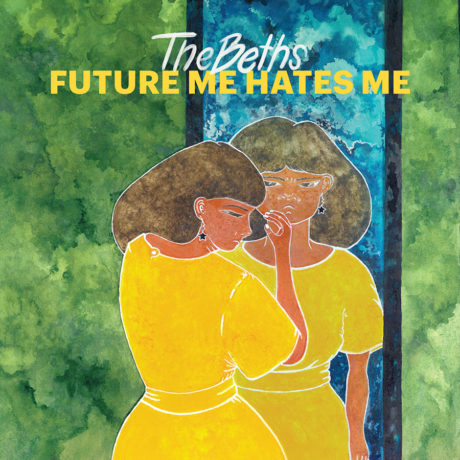 The Beths occupy a warm, energetic sonic space between joyful hooks, sun-soaked harmonies, and acerbic lyrics. Their debut album Future Me Hates Me, forthcoming on Carpark Records, delivers an astonishment of roadtrip-ready pleasures, each song hitting your ears with an exhilarating endorphin rush like the first time you heard Slanted and Enchanted or “Cannonball.”

Front and center on these ten infectious tracks is lead singer and primary songwriter Elizabeth Stokes. Stokes has previously worked in other genres within Auckland’s rich and varied music scene, recently playing in a folk outfit, but it was in exploring the angst-ridden sounds of her youth that she found her place. “Fronting this kind of band was a new experience for me,” says Stokes. “I never thought I had the right voice for it.”

From the irresistible title track to future singles “Happy Unhappy” and “You Wouldn’t Like Me,” Stokes commands a vocal range that spans from the brash confidence of Joan Jett to the disarming vulnerability of Jenny Lewis. Further honeying Future Me Hates Me’s dark lyrics that explore complex topics like being newly alone and the self-defeating anticipation of impending regret, ecstatic vocal harmonies bubble up like in the greatest pop and R+B of the ‘60s, while inverting the trope of the “sad dude singer accompanied by a homogenous girl-sound.”

All four members of The Beths studied jazz at university, resulting in a toolkit of deft instrumental chops and tricked-out arrangements that operate on a level rarely found in guitar-pop. Beths guitarist and studio guru Jonathan Pearce (whose other acts as producer include recent Captured Tracks signing Wax Chattels) brings it all home with an approach that’s equal parts seasoned perfectionist and D.I.Y.

“There’s a lot of sad sincerity in the lyrics,” she continues, “that relies on the music having a light heart and sense of humor to keep it from being too earnest.” Channeling their stew of personal-canon heroes while drawing inspiration from contemporaries like Alvvays and Courtney Barnett, The Beths serve up deeply emotional lyrics packaged within heavenly sounds that delight in probing the limits of the pop form. “That’s another New Zealand thing,” Stokes concludes with a laugh. “We’re putting our hearts on our sleeves—and then apologizing for it.” The result is nothing less than one of the standout records of 2018. 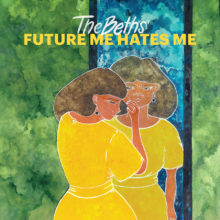