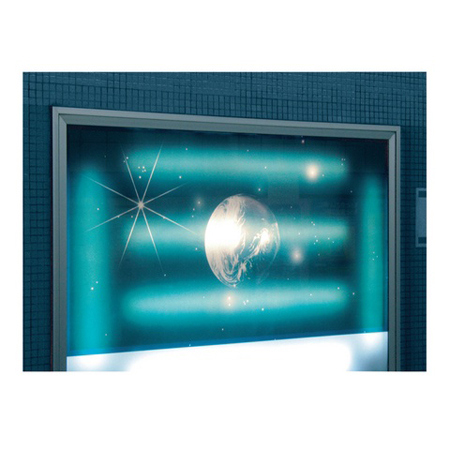 Despite polarized histories (Matt Papich played in various noise and grindcore bands in Lancaster, PA, while Dustin Wong became was  involved in a performance-based cell phone called “japanese” in Tokyo), the sounds and melodies that the duo of Ecstatic Sunshine create congeal to become a single (magical) force.

In 2004, after meeting in the conceptual artwork’s department at art school in Baltimore, Papich and Wong began to focus on composing deceptively intricate guitar battles for a new kind of imagination. Their thesis being—in part—that there are things to be done with sound besides just experience feelings all the time.

Witnesses to their frenetic live shows will attest that no recording has truly documented the intensity or peculiarity of this band. It is often said that seeing Ecstatic Sunshine perform is more like listening to a series of stories being told, than watching a band play a set of “songs.” Yet, such dreaminess is by no means entirely descriptive of their performance, which owes as much to Black Flag as John Fahey.

Some might think of Ecstatic Sunshine’s unique force as a kind of elementary arithmetic: cerebral and of course challenging, but also full of whimsy, exuberance, and curiosity.

Their sound has certainly been influenced by their surroundings – from Baltimore’s warehouse party scene and its youthful, sometimes naïve positivity, to Dustin’s time spent in Oakland, CA rummaging through infinite stacks of records, and Matt’s passion for deep sea fishing in the Atlantic are all somewhere in the cosmic mix….