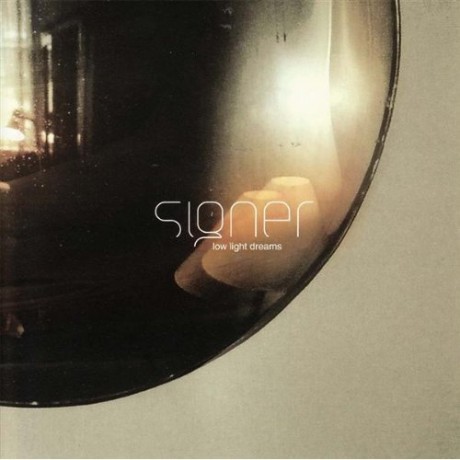 First forward-thinking musicians began experimenting with electronic instruments, then some abandoned the traditional band setup (and the band) entirely for the computer. It’s a trend that has been observed by New Zealand native Bevan Smith (aka Signer) for many years. Abadoning his indie rock past and embracing the burgeoning “electronic” scene of the mid 90s, Bevan created many gorgeous IDM and ambient techno records as Aspen and Signer. Yet after a while he felt constrained by the digital music making process. It had become as formulaic as the indie rock he abandoned in the 90s. It was time once again for something new.

That something new is a sparkling new full length entitled Low Light Dreams. A collaborative release between Carpark and Bevan’s involve label, Low Light Dreams is the product of two years of hard work in Bevan’s London studio (he will return to New Zealand later this year). Not an “electronic” record in the purest sense, though not an “indie” record either, Low Light Dreams explores a sound that Bevan himself calls “nu-indie”: incorporating elements from first-wave post-rockers like Seefeel, dub-influenced techno, and some of the more blissed-out items from the Kranky records’ catalog. you won’t hear a guitar midi patch here, and certainly not another vocoder plug-in. But you will hear real-time guitars and bass (played by Bevan) and real non-sampled human singing (Bevan again.)

Seeking to inject more emotion into a musical world often seen as lacking any, Signer has created a record that comes from the heart without wearing it on its sleeve.

2. Building Memories Without You

6. Dreaming About Making Music To Dream To