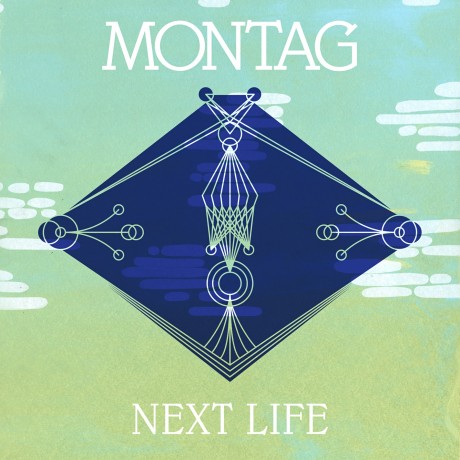 As we enter Phase 4 of Montag’s 12 month project ‘Phases’ we see Montag in an introspective mood, working alone this time and without a collaborator he creates a dreamy, hazy and warm analogue soundscape complementing the idea of a possible ‘Next Life’. “I wanted to express the idea of having the chance to live a second time. I wrote a few sentences down and recorded them separately, each with their own melody and I reassembled them later, making room for improvisation”. The result is a somewhat more lo-fi outing than previous phases. Although the sound is less polished and was pieced together part by part the end result is far from disjointed. Instead it draws the listener in with its hypnotic melodies and airy spacious drum sound. Although Montag worked alone on ‘Next Life’ he did enlist the help of Dayve Hawk, known more commonly as Memory Tapes, to remix the previously released Phase 2 track ‘Trip The Light Fantastic’. Dayve’s signature spongy bass sound, soaring synths and treated vocals paired with the rolling percussion really help to take the track out of the studio and onto the dance floor.