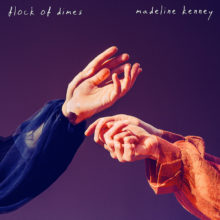 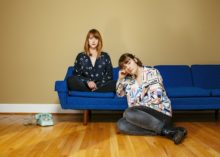 Jenn Wasner and Madeline Kenney met in 2018 to work on Kenney’s record Perfect Shapes. Having discovered in that recording session a host of creative and personal compatibilities, the two have teamed up to release two new songs together—”Helpless” and “The Sisters.” The split single, to be released on Carpark Records, is the result of a year spent both touring and living together as roommates resulting in a closely intertwining and overlapping set of experiences. Together as a whole the songs explore the attempt to make sense of life as an artist in an industry that values style over substance, particularly for women who refuse to have their artistry seen only through the filter of their own physicality.