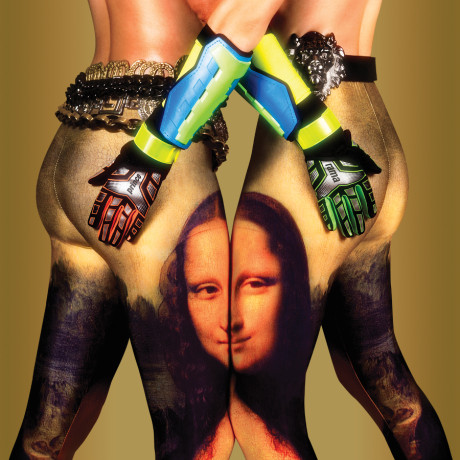 A pummeling, voluntary thrust into the heart of darkness at the speed of light; a face-first bungee jump off the mortal coil into the gaping canyon of forever; a fistful of snow hurled at death’s grin from high on a ski-lift doomed to eternally climb the summit-less mountain; a motorcycle falls from a tear in Hell; a tesseract constructed out of a half pipe slows down time as life flashes before your eyes in vivid colors; a pastless, futureless XTREME NOW unwinds before you, interrupted only by the consumption of a mysterious glowing green liquid oozing from a shiny aluminum can marked “ENERGY…”

Xtreme Now is the most extreme album Prince Rama has ever made. Writing for Xtreme Now began while the Larson sisters were living on a black metal utopian commune on Vȫrmsi, a remote island off the coast of Estonia during the summer of 2012. There, Taraka had a near death experience inside an ancient Viking ruin which sparked a recurring sense of time-schizophrenia, or the physical sensation of existing in multiple time periods simultaneously. In this case, she experienced a joint-existence in both the medieval ages and the year 2067. In one of her prophetic visions she describes, “In the year 2067, I witnessed an aesthetic landscape where art museums are sponsored by energy drink beverages and beauty is determined by speed. I saw a vision of ancient tapestries stretched across half-pipes and people base-jumping off planes with the Mona Lisa smiling up from their parachutes. I saw art merge with extreme sports to form a new aesthetic language of ‘Speed Art.’ I realized that time travel was possible via the gateway of extreme sports, and I wanted to make music that would provide the score.”

Perceiving a great void in the world of extreme sports for music that could match the metaphysical intensity of these death-defying feats, Prince Rama set forth to make Xtreme Now, the first real foray by any musician to create a new “extreme sports genre.” For inspiration, the sisters looked to their own flirtations with death and time-dilation, along with countless hours of obsessively watching extreme sports videos and consuming dangerous quantities of Monster Energy drink. 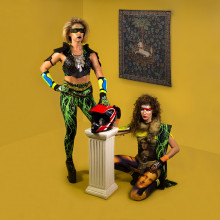 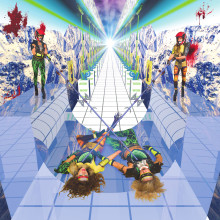